Ask here your health issues with our highly experienced Pediatric Pulmonologist online and get personalized answer in minutes. You can also take a second opinion on your doctor's prescription or medical reports to doubly clarify your doubts and concerns.So do not wait any further, just write down your medical query here and ask a Pediatric Pulmonologist now.

By proceeding further you accept the Terms and Conditions

Doctors waiting to answer your question 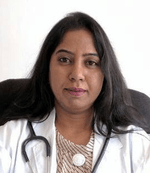 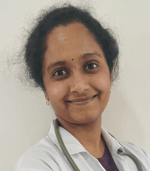 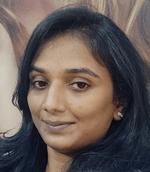 Save time and money.

If you are not happy we will refund your money.

Hi Doctor, My daughter is having some bruises on her right leg since yesterday when she returned from day care. I am attaching the images. Please check the images and let me know what shall I do to...

User rating for this question

The user accepted the expert's answer

What our users say

Great job. Fast and very easy to understand. Thank you. I wish you were in my area so I could have you as my primary Doctor.

Very professional and knowledgeable, highly recommend his medical opinion specially in an emergency situation he gave me straight answers and quick follow ups. Thank you.

I so appreciate Dr. Stanko's prompt response to my questions and will certainly follow his advice and follow up again with my Dr. ASAP. Thanks again!

Dr. Sudhir kumar is excellent. He is one of the best doctor I know. He has been very quick in responding and providing best treatment possible through internet.

Thank you very much for your reply. Your answer is very helpful and precise. I greatly appreciate this information and I will get with the lab now to see if I can get this cleared up. You have been a huge help to me and I cant thank you enough.

Employers who trust us

What is Pediatric Pulmonologist?

What is a Pediatric Pulmonologist?

A Pediatric Pulmonologist is a doctor who takes care of lung issues in children. They consult, diagnose, manage and treat children with lung diseases and breathing issues until the age of 21.

What Conditions/Health Issues Does A Pediatric Pulmonologist Address?

Some of the conditions addressed by a Pediatric Pulmonologist are:

Wheezing, noisy breathing or stridor: A whistling sound produced due to an obstructed airway. A blockage in the trachea or larynx can cause this disruption. Symptoms of the same in infants include recurrent cough with or without sputum, wheezing sound while breathing out and sometimes fever, depending on the cause. However the symptoms in growing children are Noisy and labored breathing especially while exhaling, breathlessness, coughing episodes after exposure to certain trigger elements and tightness in the throat and chest.

Asthma: A chronic illness where the airways get inflamed, become narrow, swell up and produce excessive mucus which leads to breathing difficulty. This can occur due to respiratory infections or allergies to external factors like pollen, dust, dander etc. Some of the common symptoms in infants that needs to be noticed are breathlessness, frequent cough, exhaustion, sucking or feeding difficulties and blue discoloration in the face and lips. However, symptoms in growing children heavy breathing or panting during everyday activities, tightness and pain in the chest, cough, wheezing sound, recurrent respiratory infection, throat irritation and increased heart rate.

Bronchitis: An infection causing inflammation and mucus production in the bronchial tubes of the lungs. Symptoms in infants include wheezing sounds, runny nose, congestion, sore throat, lethargy, fever, chills, chest pain, and breathing difficulty, reduced appetite and increased heartbeat. In growing children the symptoms to be noticed are cough with or without mucus production, chills, chest congestion, vomiting or dry heaves, sore throat and pain in the muscles and back.

Pneumonia: An infection of the air sacs in the lungs which causes inflammation and fluid buildup in these air sacs. It usually begins with a bacterial, fungal or viral infection. Symptoms in infants are high fever, breathing difficulty, bobbing of the head while breathing, cough, abdominal pain, irritability and fatigue. Symptoms in growing children include fast or shallow breathing, fever, chills, fatigue, dehydration, runny nose, sore throat, sharp chest pain, cough and rapid heart rate.

Apnea: A disorder where a person's breathing is interrupted and stops intermittently for a brief duration. The movement of the respiratory muscles cease every time this occurs. Symptoms in infants: Repeated prolonged pauses in breathing, slow heartbeat, the need for resuscitation and continued care. Symptoms in growing children include loud snoring, paused breathing, sleepiness during the day, restless sleep, inability to concentrate, difficulty in concentration, dry mouth, bed wetting, mood swings and issues with behavior.

Chronic lung disease in prematurely born infants: Another term this goes by is bronchopulmonary dysplasia (BPD). It is an umbrella term for breathing issues and lung problems in infants who are born prematurely. Symptoms in infants are respiratory distress and the prolonged need of respiratory support. Symptoms in growing children are breathlessness, wheezing, tightness in the chest, chronic cough, excessive mucus build up in the lungs, blue discoloration on the lips and nails (cyanosis), recurrent respiratory infections, fatigue and weight loss.

Last but not the least, other conditions that require breathing equipment for children outside hospital care.

What Diagnostic Test / Procedure Can A Pediatric Pulmonologist Consultants Suggest?

Some Services and Medical Procedures a Pediatric Pulmonologist Consultants may suggest, are monitoring of oxygen and carbon dioxide - to understand the carbon dioxide levels in the patient and monitor the gas exchange. Pulmonary function testing (PFT) - to measure the function of the lungs for its capacity, gas exchange, volume and rate of flow. Magnetic resonance imaging (MRI) - to look at structures within the body using radio waves to diagnose the health condition. Sweat chloride testing - to measure the amount of sodium and chloride in the sweat of a patient. Computerized axial tomography (CAT) scan - to take images of the organs within the body with a special type of X-ray to understand the disease and its prognosis. Ultrasound scan - to scan the organs of the body and create images using sound waves for a better understanding of the illness. Thoracentesis and chest tube placement (Thoracostomy) - to remove excess fluid or air in between the lungs and the chest wall by means of this minimally invasive procedure. Flexible fiberoptic bronchoscopy - to use a fiberoptic scope and look inside the lungs for proper diagnosis.

Unlike the bodily functions and mental processing ability of adults while fighting illnesses to retain good health, the bodies of kids and teenagers function very differently and respond differently to various illnesses and treatments. They even address their concerns differently than how adults do. This is where doctors who are pediatric pulmonary specialists come into play. They are experts who would help children relax, listen, understand and co-operate during a medical examination and treatment. They know how to examine and treat ill children and teenagers in distress while concentrating on an accurate diagnosis and a suitable prognosis for complete healing.

The user accepted the expert's answer